Showing posts from March, 2017
Show all

The Israel In Me 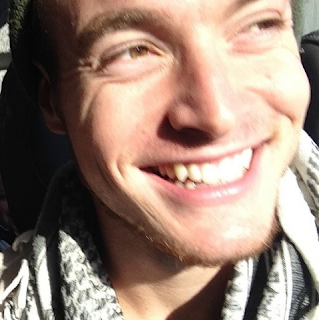 My whole life I’ve had a thirst for adventure. I admire fictional characters like Indiana Jones for their freedom to travel the globe, creating legends and fighting the paranormal in uncharted lands. I chose to study archaeology so I could live the fictional dream of exploring vast deserts and forest. Climbing through jungles and hiking along rivers. Witnessing long-lost ancient civilizations for the first time since their inception. But I’ve never stepped foot outside of  my country before. I’ve never bought a passport, nor have I ever flown somewhere without one of my parents. Even after four years of being at the University of Central Florida, living in the same apartment, I’ve never been able to call anywhere but the house I was raised in “my home.” Yet all of that changed the moment I stepped off of the plane in Israel. I was afraid I had set my expectations too high. I used to believe that all places are the same. That it would feel like any other place. But I was wrong. Th
Post a Comment
Read more 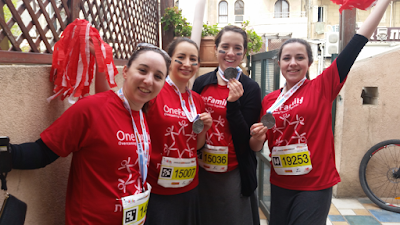 (From Left: M arissa Belifonte, Lauren Buchman, Stephanie Blitstein, Eliana Shwartzendruber) This Friday I was privileged to run/ walk/ dance the 10k at the Jerusalem Marathon! I cannot even describe how incredible it was to run through the holy city of Jerusalem (including the Old City) and be a part of thousands of participants from around the world (and hundreds of athletes who flew in, to challenge themselves on the Jerusalem hills) who ran  in memory of loved ones or supporting different charities, for special needs groups, etc.  Several of the Mayanot Women ran with me for One Family and fellow students ran for other amazing organizations that they care deeply about. It was truly a surreal and beautiful experience.  I ran in support of One Family, in awe of the incredible work they do  for victims of terror , and the warm, inviting environment they create for these individuals.  A few weeks ago I had the honor of hearing from one victim herself, who witnessed
Post a Comment
Read more

Eliyahu Dovid (Elliot) Friedman may had only been 19 years old, but for someone so young, he already knew what he wanted out of life! In fact, by the time the Florida native arrived at Mayanot in May 2014, he knew that Judaism and Jewish thought were central to who he was and that he needed to learn everything he could about them as soon as possible. Eliyahu sayed that it made his parents “more than a bit nervous” when he told them he needed to be in a yeshiva ... in Israel. His is a home where synagogue attendance could be measured by holidays, and his was a school where there were few other Jewish students. What’s more, none of his three siblings had yet hungered for a religious immersion. “But in middle school when a kid at school asked, ‘What do you believe in?’ Why don’t you believe in Jesus? You killed him,’ and I had no idea what to say, I knew I needed to find out more,” he said. By high school he was trying on agnostic and even atheistic world views, and doin
Post a Comment
Read more 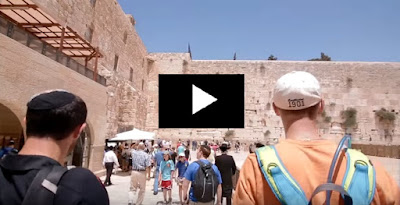 With three of the newly launched "7-Day Birthright Israel Trips" landing  next Tuesday , Mayanot will be winding down their Winter 2017 season. And without skipping a beat, the summer season will be upon us. With registration having been open for one month, Mayanot's Birthright Israel division finds themselves exploring uncharted territories, a potential season with more than 90 groups! That would be the largest season in Mayanot's history, boasting more than 3600 participants from across the United States and Canada.  The seven team Birthright office works year round to give this gift to the thousands that choose Mayanot. Thank to their efforts, our partner Chabad Houses across the USA and a strong marketing effort - including very effective word of mouth recruitment campaigns - Mayanot has been able to reach this milestone. Long standing as the most popular choice for college students, Mayanot has made positive headway in the young professional sector, this
Post a Comment
Read more 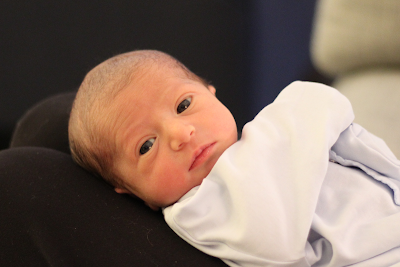 Thanks From One Of Our Soldiers

Dear Mayanot, I am a soldier in the IDF, Paratroopers 890 who participated on Birthright Israel: Mayanot bus 517. I want to share my thoughts and feelings on this incredible and life changing trip! I now call Birthright a lifesaver for the 'soul', especially for the Jews in the diaspora.  I feel as though it is their last chance before the grind and routine of day-to-day life takes over. It was a life changer for me; it opened my eyes and heart to what Jews in America are really going though. As a combat soldier, I was taught not to show much emotion, but on this trip the tears just kept coming. On the first Shabbat, we sat in a room in the hotel with  Yoni,  our fantastic tour guide. We went around in a circle and each person talked about the reason they decided to come on Birthright Israel. I couldn’t believe my ears, as I heard each individual person sharing their reasons for coming on the trip. It was so clear to me, they were all trying to find their Jewis
Post a Comment
Read more

Join Us for Purim 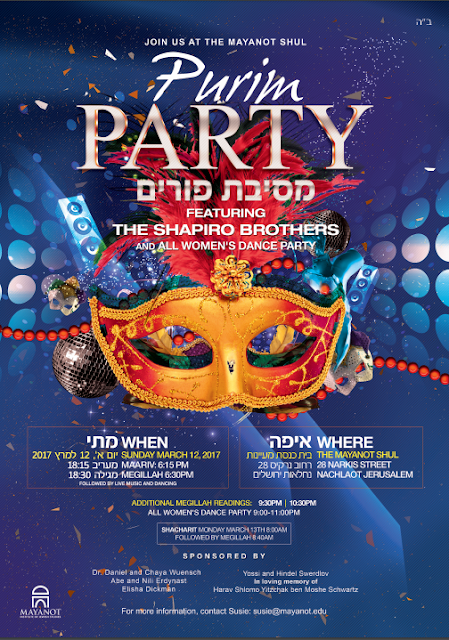 Check out the Facebook Event.   Join us at the Mayanot Shul Purim Party   Featuring:  The Shapiro Brothers Band from 7:30-9:00pm & an All Women's Dance Party  from 9:00-11:00pm  WHEN: Sunday Night March 12th, 2017 Maariv at 6:15pm Megillah at 6:30pm Additional Readings: 2nd Megillah at 9:30pm 3rd Megillah at 10:30pm  WHERE: The Mayanot Shul 28 Narkis Street Nachlaot, Jerusalem Shachrit Monday March 13th, 8:00am Followed by Megillah at 8:40am Sponsored By: Dr. Daniel and Chaya Wunesch  Abe and Nili Erdynast Elisha Dickman Yossi and Hindel Swerdlov  In loving memory of  HaRav Shlomo Yitzchak ben Moshe Schwartz For more information or to sponsor, contact:  [email protected]
Post a Comment
Read more
More posts
To learn more about Mayanot, check out our website at www.Mayanot.edu