Showing posts from May, 2013
Show all

A Shavuot to Remember at Mayanot 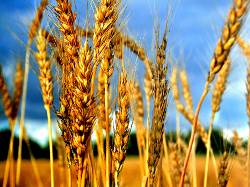 By: Avraham Goldstein At Mayanot, we learned that the giving of the Torah is not something that happened only in the past. It’s something that we experience every year on Shavuot. Even more so, Chassidus explains that a Jew in his divine service should view the Torah and mitzvahs as new every day. After Maariv and a festive meal, we had a very long night ahead of us. Shavuot at Mayanot was draining physically and spiritually (in a good way!). While staying up all night, pounding down XL energy drinks and sugary, salty snacks, reciting the Tikkun (special passages that achieve a spiritual correction when read), we were entertained with classes such as Rabbi Silberg’s “Why do In-laws Always Interfere?” When the clock struck 4 in the morning, many Jews were going to sleep, but not us! How could we sleep with the Kotel right down the street? As we were marching as an army together down Yaffo Street, it seemed like the thousands of other Jews walking to the Kotel were
Post a Comment
Read more 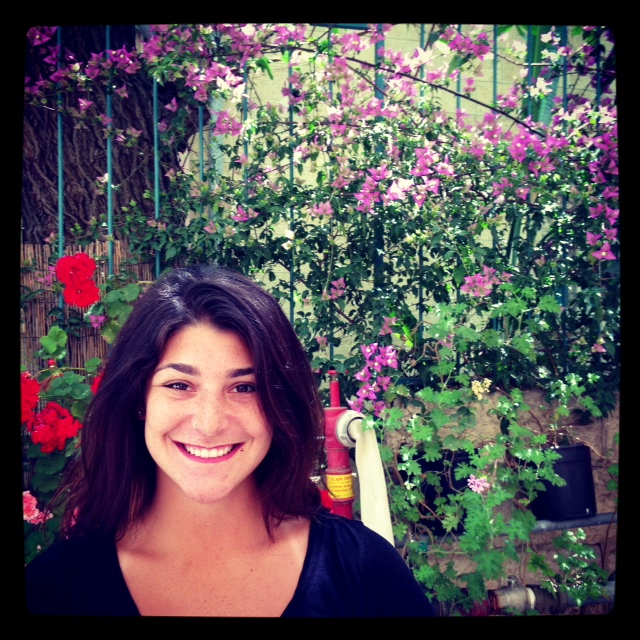 Name: Elizabeth 'Liz' Halpern Age: 22 Hometown: Boulder, CO Education: BA in Philosophy (University of Colorado) Started at Mayanot: June 2012 How did you hear about Mayanot? I heard about Mayanot from friends who have studied here. I also heard about it from my rabbi (Chabad on Campus). What made you decide to come and learn at Mayanot? I wanted to learn more about Judaism. Also, I was graduating and wanted to take some time to decide what I wanted to do with my life. What is the best part of Mayanot? The classes and the sense of community that I get from the girls and the teachers. I love the fact that alumni come back and always seem to have a connection, even after they leave Mayanot. Do you have any advice for incoming students on living in Jerusalem? Be determined to speak Hebrew with Israelis, even if they try to speak English to you.   What are your plans for the future? I'm going back home in a month from now. I have a job at Keshet, which is an
Post a Comment
Read more 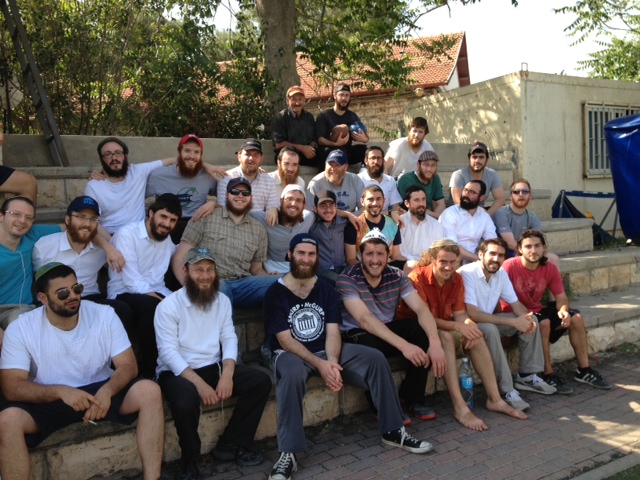 What a game! In honor of Jerusalem Day, which starts tonight, the Mayanot Men’s Program headed to Kraft Stadium to enjoy some well deserved down time outside of the Beit Midrash. Students, a.k.a. the “Colored Shirts”, took on the rabbis out in the field in an intense student vs. faculty soccer match. Despite the hot and sunny weather (30 degrees!), everyone managed to stay hydrated and keep their energy up. Teachers and students alike showed some great enthusiasm and camaraderie on the field. The MVPs on the students’ team were Solomon Braun and Aron Bulko, who showed real athleticism and were great team players as well. Rabbi Kaplan, who showed up in his trusty blue hat, was a great sport, and even surprised us with his skills when he head butted the ball. Rabbi Gestetner strengthened the teachers’ team by playing some quality “footie” as well, mate. Mrs. Moss (Rabbi Moss’s wife) and her kids joined in on the fun and cheered from the bleachers. Some st
Post a Comment
Read more
More posts
To learn more about Mayanot, check out our website at www.Mayanot.edu