Alumnus visits Mayanot after 23 years of being a shliach and inspiring German Jewry.

Alumnus visits Mayanot after 23 years of being a shliach and inspiring German Jewry. 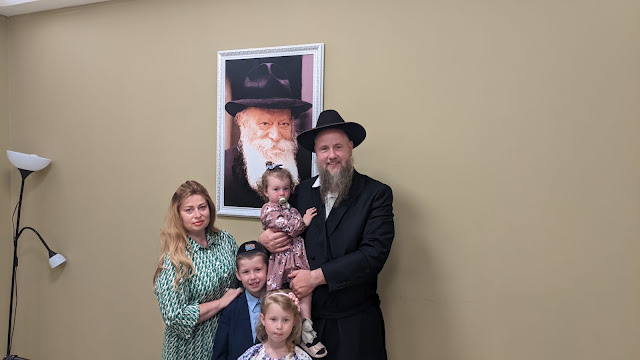 (Rabbi Yitzchak Mendel Wagner is one of the first German-born rabbis  to be serving in Germany since the Holocaust, here he is with his family, in the home of R’Shemtov.)

Mayanot was very excited to welcome back, Rabbi Yitzchak Mendel Wagner, during his visit to Jerusalem, after all the inspiring work he and his family have done over the past two decades. He is one of the first rabbis ordained in post-Holocaust Germany and the first in Krefeld in 70 years, who has made major inroads in German Jewish revival.

“We are very proud of all of our alumni”, said Rabbi Kasriel Shemtov, executive director of the Mayanot Institute. “But especially of Rabbi Wagner who came to Mayanot 23 years ago with a thirst to study everything about Judaism. You could see from the very beginning it was not just for himself but to strengthen the community back in Germany and around the world.”

Shemtov added, “Many students have come to Mayanot after attending his international lectures. They have come to us and said, ‘if someone who started with little Jewish education could learn so much and become so passionate and instrumental, then so too, could I find a place for myself at Mayanot’.”

After nearly 23 years, Rabbi Wagner came back to visit Mayanot, where he studied in 1999.  He also came to visit Gregor Grafmann, a current student who he sent from Krefeld, and who has been studying at Mayanot for the past five months.

Rabbi Wagner shared his inspiring life story and the stirring saga of Germany’s Jewish revival with the students of Mayanot. He told how after studying and receiving smicha, he decided to help revitalize German Jewry and become a Jewish community leader in modern-day Germany.

Rabbi Wagner shared with the bochrim, “The best revenge against the Nazis is the return of proud Jews and the resurgence of Jewish identity on the streets of Germany,” adding that it was at Mayanot that he gained the tools “to learn not only how to survive in a spiritual desert, but to make it blossom with Yiddishkeit.” **

Gregor shared, “I am so grateful to my shliach, Rabbi Wagner, for sending me to Mayanot, it has literally enriched my life in so many ways and I have gained more then I could have dreamed from being here.”

“It is moving to see Rabbi Wagner’s impact” Rabbi Shlomo Gestetner, Dean of the Mayanot Institute commented. “To see the power of Torah and the Rebbe’s teachings inspire one individual who then becomes a leader and a catalyst for change in Krefeld Germany. Rabbi Wagner is one of thousands of Mayanot students who are impacting world Jewry for the better.” 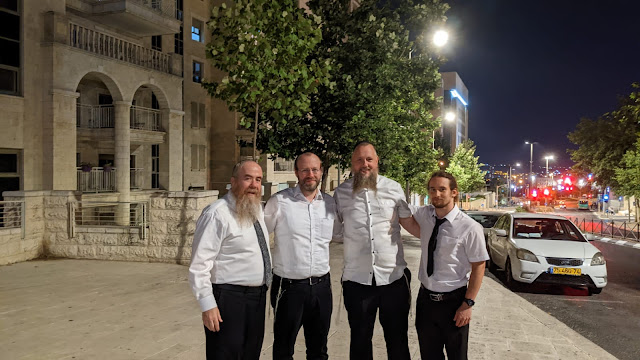 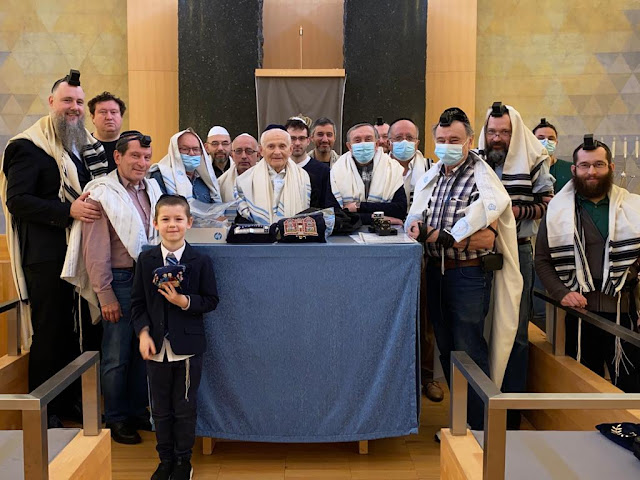 (Rabbi Wagner’s community in Krefeld, in which Gregor Grafmann’s father is the shuls Vice President)
**(Quoted from Chabad.org/news)

Watch out Bob Dylan.  Yerachmiel Goldstein is coming. Yerachmiel is a folk singer from New York.  His music evokes the folk music of the 60's but is heavily influenced by his chassidic learning and Jewish studies. This music is powerful, folks.  Press play and enter his world.   [audio:http://mayanotinsider.com/wp-content/uploads/2011/02/The-sun.mp3|titles=The Sun by Yerachmiel Goldstein]   The sky is fixed In moonlit eyes Never asking why Nor to know   And the sea tells the sun Who asks the one Where did I come from And go   But who cares! They cried At the limited sky Never asking why Nor to know     Well I’ve done my share To all those who care And I guess There’s not much  more   So shouting I sighed To the men who cried Always saying goodbye To the sun   Well do I go Where the sun begins to snow And the fun begins to go Away     And the thrills I sought Were null and void Being one of the boys And the men   So out on my own Where I've been trampled to the bone That led me
Read more
To learn more about Mayanot, check out our website at www.Mayanot.edu