The Oxygen We All Breathe 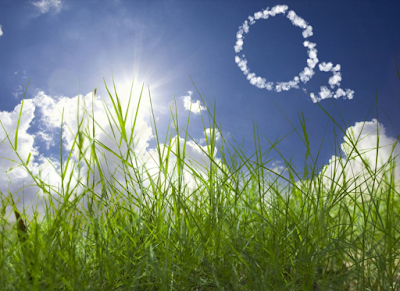 Written by, Zeldie Cunin, 2009 alumnae of the Mayanot Women's Program. She is a passionate teacher and writer. She is the co-director of Chabad of Westwood-Holmby.

Usually, when someone sees my baby, I get a reaction like, “Oh, so cute!” Once in a while, someone will glance at my son’s oxygen tank then ask how old he is or if he is okay. Sometimes, my baby and I get a look of pity. It’s all written in the eyes.

One day, however, I got something else.

It was a Thursday afternoon. I was in the elevator at the UCLA Medical Center headed to the pediatric clinic, where my son would be evaluated by his pediatrician.

You know about COVID-19, right? Only three people in the elevator at a time. To be more precise, there were three adults. A mother and father with their newborn, and me with my little baby.

Our families were as different as one can imagine. Ethnicity, faith, race, color, probably beliefs and everything in between. He wore a cowboy hat and boots. I wore a flowy skirt and had big sunnies perched on my head. But we had one thing in common: an oxygen tank. Theirs was connected to the father and I held my baby’s tank in my hand.

He did not say, “Oh, so cute.” He did not ask how old my baby is or if he is okay. He did not give me a look of pity or even concern. He simply put his hands together and bowed, uttering the few English words he must have known, “G-D Bless you.”

I answered, “You seem to know the world of oxygen tubes quite well. G-D bless you, too!”

I don’t think he understood my English.

The quick elevator lift took us to the same doctor’s office. “Good afternoon ma’am, do you have any symptoms?” Thankfully I did not, and was assigned to the next available receptionist.

Suddenly, my baby started to scream. I lifted him out of his stroller, where he’d been well covered and cozy. Now his face — and his oxygen tube — were able to be seen.

As we walked the nurse’s station, I took a quick peek behind me because, you know, mothers are always forgetting things. I’ll rephrase that. This mother is always dropping things behind her.

And there stood the same family. This time, the man was looking at my baby’s face, and tears were falling from his eyes.

Our sages say, “There is no wise man like he who has been tested.” Someone who needs an oxygen machine to breathe feels the pain of another person who is bound to an oxygen tank.

The challenge you are facing has been experienced before and is currently being experienced by another human being. That other human can be your best support during this chapter of your life. You can be theirs.

That’s what happened on a Thursday, two days after election day. Regardless of who you voted for, the world felt like chaos. Our nation felt more divided than I can ever remember. The election was on the mind of every American citizen.

But that afternoon, as I swiftly observed this man’s emotional and heartfelt reaction to seeing another person going through a similar challenge to his own, I couldn’t help but think: What if we focused more on our similarities and less on our differences? What if instead of fighting and arguing, we’d find the people who are living the same stories as our own, so we can cry and laugh with them? What if we can agree to disagree about world policy and instead create an environment where our children live in harmony? What if when our leadership is failing miserably, we stand stronger as leaders of our own communities? What if our humanness brings us closer instead of further apart? What if we can vote for two different candidates but still connect hearts?

WHAT IF OUR HUMANNESS BRINGS US CLOSER INSTEAD OF FURTHER APART?

Unity is possible. After all, there is at least one thing we have in common by sharing the same world. It is the oxygen we breathe.

Wednesday night, the 14 th of Kislev (November 28 th , 2012) at the Hilton Hotel, was a night to remember. The inaugural Mayanot Points of Light Banquet Gala hosted over 600 guests, donors, supporters and alumni in celebration of sixteen years of Mayanot’s achievements. Guests at the event were greeted by  Rabbi Shlomo Gestetner , Dean of Mayanot, and  Rabbi Kasriel Shemtov , Executive Director.  Gani Goodman opened the evening with greetings from an alumna. Rabbi Yona Metzger , Chief Rabbi of Israel, highlighted the unique educational role of Mayanot and  Rabbi Moshe Kotlarsky brought greetings from World Lubavitch Headquarters. Steven C. Witkoff was featured as the Guest of Honor. In his response to receiving his award, Mr. Witkoff related: “It is human for people to lose their way, and the mission statement of Mayanot – as I understand it – is to be there for those young people”. Awardees also included Yitzchak and Tamar Tessler , who were introduced by their son, Maya
Read more
To learn more about Mayanot, check out our website at www.Mayanot.edu