The Road to Finding Meaning 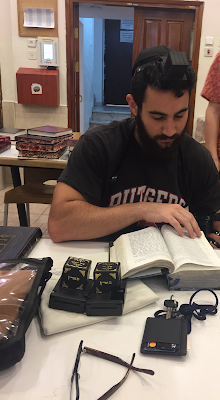 Growing up, I was always the only Jew in class. As a secular Jew going to public school in a Catholic town, I had no connection to any Jewish community and always felt like an outsider. Anti-semitism was a daily reality. The word “Jew” was spoken as a venomous slur. Embarrassed of my Jewish identity - a label that I did not ask for -  I retreated. I felt that religion was simply old-fashioned tribalism designed to divide us into groups. I assimilated, called myself an atheist, and explored Eastern-philosophy to satisfy my craving for spirituality.

Holiday time was especially difficult, as it seemed that the entire United States was at a party that I was not invited to. I recall the mayor of my town dressing up as Santa Claus, riding a firetruck into the town center, and giving out small gifts to all the children. I knew that I didn’t belong. The few Reform Jewish families nearby were all putting up “Hanukkah bushes”, which felt like a betrayal.

It wasn’t until Birthright Israel, at the age of 21, that my understanding of what it means to be a Jew changed. Experiencing the Jewish nation first-hand made me reflect on my preconceived notions about my Jewish identity. Tzfat is where I learned that Judaism could be spiritual, and where I was introduced to Kabbalistic thought. Our tour guide told me to stop identifying as “Jew-ish” and to simply be a Jew. A proud Jew. I realized that the path I was searching for was the path beneath my feet. Birthright Israel was a pivotal moment that gave me the courage to look inward and confront myself.

After graduating from college and a 6-month internship in Tel Aviv in technology, divine providence (השגחה פרטית) brought me to Mayanot. Mayanot gave me an opportunity to develop an integrated sense of self within my Jewish identity. No fraternity experience in college could ever compare to the inspiration of living with 50 guys in a yeshiva who are all dedicated to becoming better versions of themselves. My goal for studying at Mayanot was to discover a path towards living a spiritual life that reflects my Jewish identity - an identity that I had only just begun to connect with. 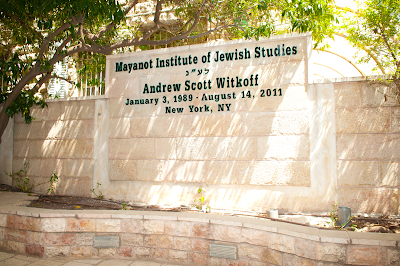 My first few months in Mayanot felt overwhelming at times. I was able to see myself and my life reflected in the clearest mirror I’d ever looked in, complete with all its details and blemishes. Memories and stories that I’d once fondly looked back on as my formative years now seemed like moral transgressions in the absence of character. Being confronted with the truth (אמת) forced me to reconsider my value hierarchy. What would it mean to take seriously the idea of living a life in service to G-d? Either everything has meaning, and I am ultimately responsible for my thoughts, speech, and actions, or nothing has meaning. The latter is a slippery slope to nihilism and depression, while the former demands tremendous work on my behalf to undergo spiritual development

Rabbi Kaufmann's philosophy class - Concepts in Jewish Thought - was by far my favorite class, as it provided a philosophical anchor from which I could approach the enormity of the task before me. In it, Rabbi Kaufmann discusses the essential concepts underpinning Jewish thought, primarily through the analysis of Maimonides’ 13 Principles of Faith. The class has equipped me with a foundation for approaching the Jewish canon and changed the way I thought about Judaism in general, particularly through rigorously defining what G-d is and is not. Additionally, the class ends with a Q&A session in which a spirited debate typically unfolds.

Though I originally imagined attending Mayanot only for a month or two, I am now a mere month away from completing my first year. Having recently been accepted to law school to study technology law, I’ve decided to defer my admission to continue refining myself to become a better Jew and, G-d willing, husband and father. Judaism, and particularly Chabad Chassidus, have completely reoriented my approach to career and ambition. To live a life of Torah and mitzvot need not be mutually exclusive with a lucrative career. Rather, to understand that career is merely a vehicle for more meaningful pursuits, such as supporting a family, building a community, and giving Tzedakah, has put everything in perspective. 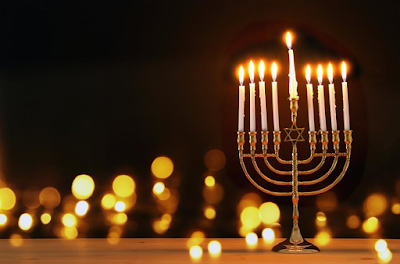 This Hanukkah, I’ll be lighting candles for the first time in 7 years.

It never occurred to me that a life centered around ethics was essential for finding meaning. I was taught to only prioritize my career, and perhaps in my 30’s consider having a family. Mayanot has provided me with an opportunity to establish a foundation in Torah, explore my heritage, and develop a philosophical perspective through Chassidus that affects everything I do. It has changed the type of family that I, G-d willing, hope to raise. This journey that I’ve been on as a Ba’al Teshuva has completely expanded the scope of what I thought was possible in life. 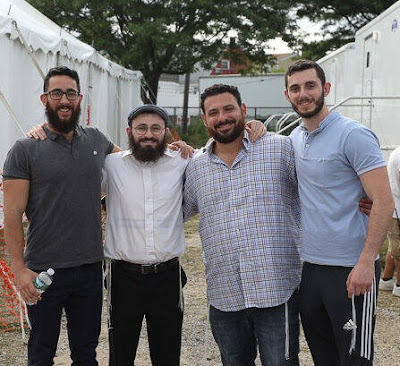