Mayanot: Acquiring The Tools To learn 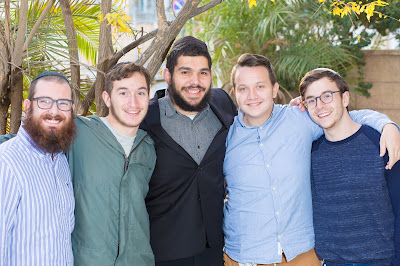 Written by: Chaim Yochanan Cohen, Jerusalem
For: Kfar Chabad English Magazine
How did a German ger (convert) become the youngest Rav in his home city? Where does a bachur (young student) get the strength to walk overnight from his home in Teaneck NJ to Crown Heights? Why would a rapper decide to become a shaliach (Chabad emissary) in Delaware? What happens when an unaffiliated Jew discovers he is a descendant of the Alter Rebbe while spending a Shabbat in Hevron?
These are just a few of the stories I was privileged to hear while conversing with Rabbi Kasriel Shemtov, executive director of Mayanot Yeshiva in Jerusalem, along with Rabbi Yisroel Noach Wichnin, Rosh Yeshiva, and other senior staff. 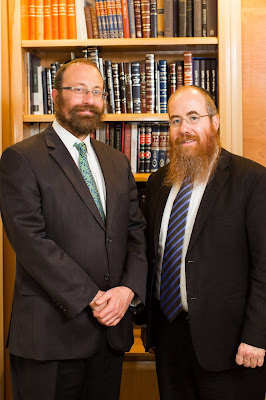 Founded in 1997 by Rabbi Shlomo Gestetner and Rabbi Kasriel Shemtov, the Yeshiva encourages its students, ranging in age from 20-29, to acquire the tools needed to learn on their own in such areas as Jewish mysticism, philosophy, Talmud, halacha, Torah, Chassidut, and the Hebrew language.
A newly-created post-high school program also caters to 18-19-year-olds and imbues them with the same Chassidic passion for learning while interspersing Shabbatonim, field trips, chesed (Kindness) projects, and guest speakers throughout the year. 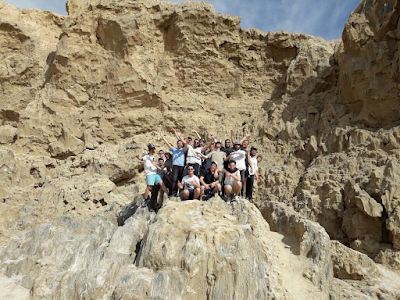 "Overall," said Rabbi Shemtov, "we're here to ensure that what's learned is shared - whether in a bachur's immediate family or wherever else he has a sphere of influence."
As Rabbi Gestetner puts it, “We are interested in educating our students not only in how to learn but most importantly how to live life after they leave Mayanot”. The Mayanot students all around the globe, in leadership positions in their home communities, are proof of the success.
In addition, to the classes and making sure the needs of our students and alumni are met, Mayanot runs reunions from time to time and has a growing community in Crown Heights, where Rabbi Avramol Silver runs the Mayanot Shul. Rabbi Moishe Silver, the alumni coordinator in the USA, works with many Mayanot alumni to assist them in any way they feel is helpful for their transition after Yeshiva. 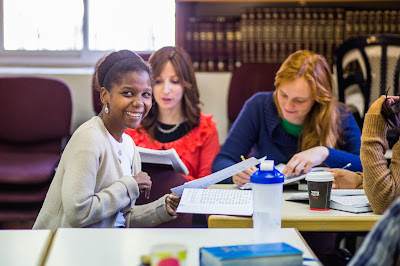 Mayanot provides these same tools for women at their seminary in Katamon, which started in 2008. The goal of the Women’s Program is to provide women from all backgrounds with the ability to tackle any of the books in the extensive Jewish library. From Chumash to Talmud to halacha, the women are encouraged to go to the source to find answers to their questions, instead of being given answers, they have to dive in themselves.
Mrs. Rivka Marga Gestetner said “When women learn ‘as they are’, the Torah they learn really becomes part of them, and not some costume that comes off when they leave Mayanot.” Its an authentic environment and students understand they can be authentic with their journeys, as well. 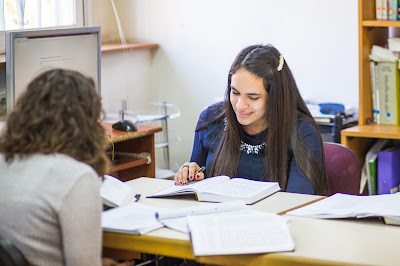 "Our emphasis is on experiential learning," explains Rabbi Shemtov. He believes this to be the most all-encompassing approach to reintroducing alienated Jews back to their roots. Said Rabbi Wichnin: "The goal is to ensure that students, here at Mayanot, learn to think on their own."
As part of an informal group discussion, senior staff described scenarios whereby students often want to be told what to do in a given situation. Rather than to offer advice, students are encouraged to utilize their own internal resources - based on learned texts - to identify the best course of action. Students have also forged a very strong and powerful connection with the Rebbe, his teachings of leadership and Torah concepts.  At the Gimmel Tammuz Shabbos, at the Ohel, the Mayanot table is a big attraction for people who want to be a part of an authentic Chasidic Farbrengen, in English.
Rabbi Chaim Moss, the educational director of the Men’s Yeshiva program, spoke about the systematic approach to education in which every student can evaluate where he is holding and most importantly where he is moving toward and how he is growing.
Rabbi Boruch Kaplan, senior lecturer in Talmud and Chassidut, said that the inspirational and in-depth system of teaching Torah and specifically Gemara which Mayanot has developed is used worldwide. In fact, newly-created online courses will enable anyone in the world to participate.
Rabbi Elchanan Cohen described how the students, when entering his classroom, sometimes go as far as taking on the role of Rashi and Tosfos when discussing with each other the different positions. “They aren't just ideas on a page but they become alive within the students”.
Below are recent testimonials of current students: 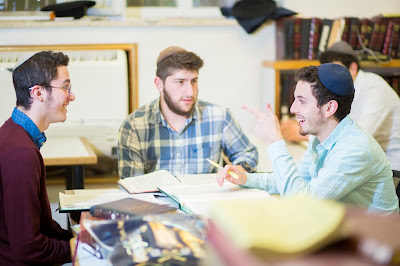 Greg Haft, originally from Plainsville, NY, described how he grew up disenchanted with the Reform movement. But by the time he was in college at Arizona State University, he thought it worthwhile to check out the local Jewish campus community.
Rabbi Shmuel Tiechtel, director of Chabad at at ASU, invited him for a Shabbat. At around the same time, he heard from six of his best friends that they'd been on a great Birthright trip in Israel called Mayanot that was staffed by the coolest Rabbi. Greg introduced himself to Rabbi Teichtel saying he is from the Long Island area in NY. Rabbi Teichtel responded, “Oh I know some people from Long Island” and after a few minutes Greg realized that he just met his best friends’ favorite Rabbi from Birthright Israel.
Greg decided it was time to reconsider another trip to Israel. The first one, a secular Birthright program for 10 days, was a good beginning but it didn't 'click’. Now in Aug. 2017, equipped with Rabbi Tiechtel's hospitality and a curiosity about what awaited him at Mayanot, he couldn't believe his good fortune upon arriving. "I finally felt a sense of belonging," he sighed in relief. The many scholarships available have really made it easier for students to attend.
Chabad On Campus has partnered with Mayanot in providing many options for students who want to join whether for short or long term learning. Tiferes Menachem is a more recent scholarship option. 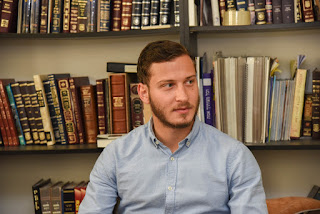 (Meir Hayoun, Current Mayanot Student)
Meir Hayoun, 18, was born and raised in Strasborg, France. Unsure about next steps after his father's passing, he decided to take up his older brother's offer to join him in Montreal. While there, he began spending Shabbatot with local families. Soon thereafter, Meir connected with Rabbi Ariel Stern of Westmount Chabad and Rabbi Shmuely Weiss, Co-Director at the Rohr Chabad House of Montreal. Rabbi Weiss encouraged Meir to attend Mayanot and with a scholarship from Tiferes Menachem, the dream became a reality. 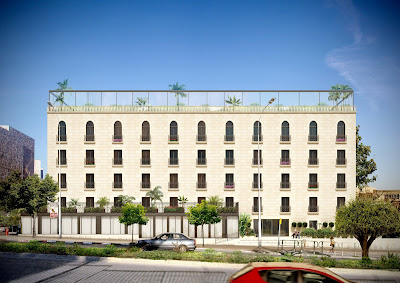 As part of an ongoing dream to achieve a larger presence in Israel’s capital, Mayanot is currently in the process of building a $20 million, five-story complex facing many of Jerusalem’s major attractions, adjacent to Gan Soccer and close to the Machane Yehuda market. This 3500-meter facility – consisting of a penthouse overseeing greater Jerusalem - will serve as a visiting center and focal point for students, families, and dignitaries.
Rabbi Gestetner shared, that one of the greatest feelings of Nachas is the moral and financial support that the Mayanot alumni express at every opportunity.
In closing, Rabbi Shemtov confided with a warm smile that the Mayanot “family” has been a driving force behind over 100 weddings that have been held between many alumni, over the past decade, and we hope that won’t slow down anytime soon.
Mayanot …. what could be a better way to connect with family away from home? 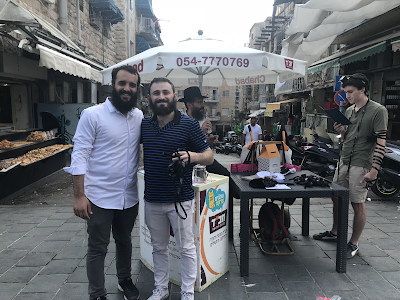