Rabbi With ALS Gets 10,000 Birthday Presents From 15 Countries 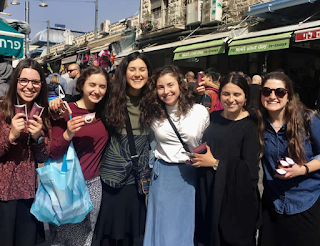 The Mayanot Women's Learning program students were involved in a worldwide campaign to assist Rabbi with ALS celebrate his 46th birthday.


Written by: Menachem Posner
VIA: Chabad.org/news

Rabbi Yitzi Hurwitz has ALS and can no longer walk or talk, but that hasn’t stopped him from motivating 10,000 people in 15 countries to do extra mitzvahs this past week. In honor of the rabbi’s 46th birthday, a group of rabbinical students in Los Angeles, where the rabbi lives with his wife, Dina, and their seven children, decided that an appropriate gift would be 4,600 Jewish men putting on tefillin and sending him photos of their mitzvah.
Using social media and an article posted on Chabad.org, the campaign went viral, and photos of tefillin-wearing men bearing #tefillinforyitzi placards began to pour in via text message and email. 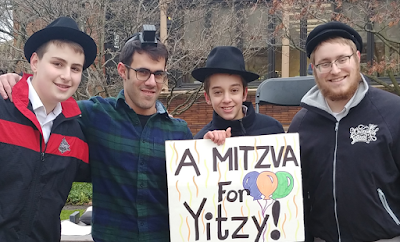 Almost 6,000 miles away in Israel, a group of young women studying at the Mayanot Institute of Jewish Studies in Jerusalem expanded the campaign by taking to the streets on Friday to distribute Shabbat candles to women and girls in the rabbi’s honor. In the Mahane Yehuda outdoor market alone, 150 women took candles to light that evening at home before the start of Shabbat.
Back in Los Angeles, Mayor Eric Garcetti and Council member Paul Koretz got in on the action, announcing that the city of Los Angeles “applauds [the rabbi’s] towering leadership and inspiring example,” and “joins in saluting and celebrating with [him] and his countless students worldwide on the joyous occasion of his 46th birthday.”
They noted that through his “writings on the world’s largest Jewish website Chabad.org, and [his] personal interaction [with others, he] inspires people across the globe with his joy, faith and optimism.”
The city’s leaders summed up the key motivation behind the campaign by noting that Hurwitz is “a follower and emissary of [the Lubavitcher Rebbe,] Rabbi Menachem M. Schneerson, of righteous memory, who taught about the immense significance of one’s birthday and how to fill it with spiritual content and resolutions.” 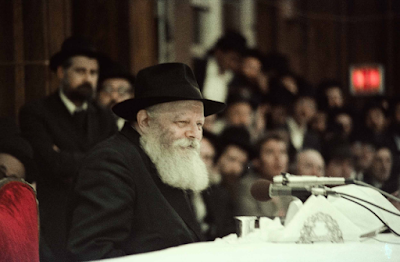 On Friday, as the messages came in fast and furious, Dina Hurwitz wrote:
“The pictures and videos and voice notes have us mesmerized. I should be cooking for Shabbos, but I am sitting with Yitzi trying to absorb all of this. What we saw was an overwhelming outpouring of love and kindness.”
“We think of ourselves as regular people with an unusual life,” she continued. “Aside for a few minor bouts of embarrassment over all of this attention, we are really so humbled and honored that all of you did all of this.”
After the rabbi’s illness was diagnosed, a video production of “Shine a Little Light,” a beautiful and inspiring song the rabbi had written years earlier, was created by a number of well-known musical artists. Dina Hurwitz said that this year’s birthday campaign reminded her of “the outpouring of love and brotherhood we saw at the beginning of Yitzi’s illness, and again when the song came out.”
“It reminded me that although surviving a storm is important, it’s not the same as living a joyful life. To all of you who contributed to this campaign, this was just the medicine that we needed: an infusion of love and joy to get us over this hurdle.”