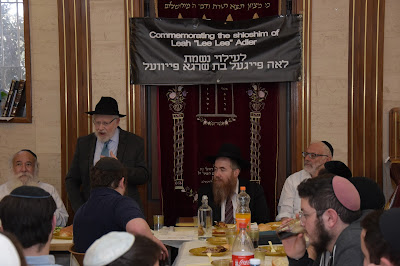 It was 1987 and six young Yeshivah students, who were Shluchim at Ohr Elchonon in Los Angeles, decided, one day, to skip the Yeshiva lunch and dine at the Milky Way Restaurant on Pico Boulevard.

The proprietor of the restaurant was impressed with the students, and in her signature generous spirit offered some special dishes ‘on the house’. However, she did more than just offer complementary delicacies to  the Yeshiva students;  she listened to them, discussed life with them and in general made these out-of-town young students totally welcome in her restaurant, as if it was her own home. What they soon learnt about Leah Adler, the proprietor of The Milky Way Restaurant, was that she was an extraordinarily kind, wise, and giving person.

Rabbi Kasriel Shemtov, executive director of the Maynot Institute of Jewish Studies, was one of those six shluchim. “Leah, or Lee Lee as she was known, cared personally for her customers she listened to their stories, to their problems and rejoiced in their joy”, he shared.  When he heard the sad news of her passing he knew that Mayanot should honor this unique person.
Born in Cincinnati, Leah developed a love of music, learning Piano at age five. She studied at the Music Conservatory and graduated from the University of Cincinnati. She opened her own art gallery in Scottsdale and later her restaurant in Los Angeles. In 1945 she married Arnold Meyer Spielberg, and they had four children — Steven, Anne, Sue and Nancy. She is survived by her children, her eleven grandchildren and five great grandchildren. 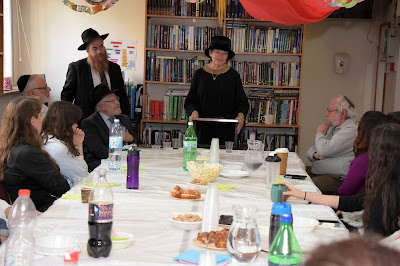 On Thursday, March 23rd, 2017, together with Rabbi Binyomin Lisbon, the founder of Kosher Supervision of America (KSA) in Los Angeles, a special Shloshim commemoration took place in loving memory of Leah ‘Lee Lee’ Adler at both the Mayanot Men’s and Women’s campuses. The Mayanot women’s program studied Mishnayos, in merit of Lee Lee. At the Men’s Program, the students all participated in a Siyum masechta and special fabrengen with several guest speakers who all knew the nifteres.

Rabbi Binyomin Lisbon, spoke at both events. As the Rav haMachshir of the restaurant, he knew Leah Adler very well and described her unique qualities and emphasized how we can all learn from her kindness, open heartedness and listening ear. “She was a gem of a human being” he said. “She had an incredible personality and truly made an impact on you, even if you only spent a short time with her.  Her character, her warmth of spirit, and her ma’asim tovim were remarkable”. 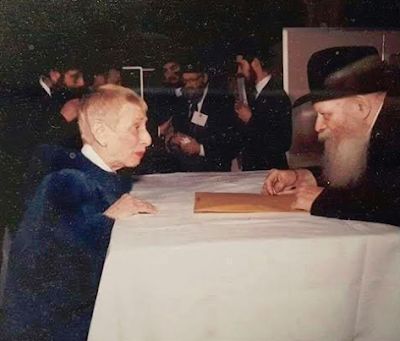 Moshe Stein shared the first time he and Leah both met the Lubavitcher Rebbe at the Machane Israel Fund talk in 1990, and how he spoke to Leah right after she met with the Rebbe in New York. “It was absolutely phenomenal”, he said. “Lee was really inspired by her meeting with the Rebbe, she was beaming like a ray of light, shining… I am so grateful for that memory”.

When Leah and Bernie Adler first desired to provide fine kosher dining in Los Angeles, they approached Rabbi Lisbon and told him they would only embark on this project, which at the time was uncharted waters, if they would receive a letter of blessing from the Lubavitcher Rebbe. The Rebbe’s letter is prominently displayed in the restaurant, to this day.

Faigy Zilberstein, an old friend of Lee Lee, was kind enough to come to Mayanot and share her memories with the students at the Women’s Program, which was greatly appreciated by all.

This special Shloshim event was coordinated with the help of Leah’s son-in-law and daughter, Shimon and Nancy Katz. The Mayanot family sends their condolences to Leah’s children and their spouses and their families; Steven Spielberg & Kate Capshaw, Shimon & Nancy Katz, Danny & Anne Opatoshu, and Jerry & Susan Pasternak, May they all be comforted with the mourners of Israel.

This summer Mayanot will be hosting over 4,000 Birthright Israel participants, and is dedicating the volunteer activities in Leah’s merit, the activities which so greatly reflect her life, l’zchus - Leah Faigel Bat Shraga Feivel. May her nesahmah have an aliyah and may her memory be a blessing and an inspiration for all of us!

Watch the video of the event, here.
For more information about Mayanot and its many learning programs please visit: Mayanot.edu 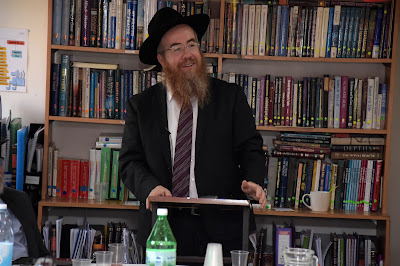 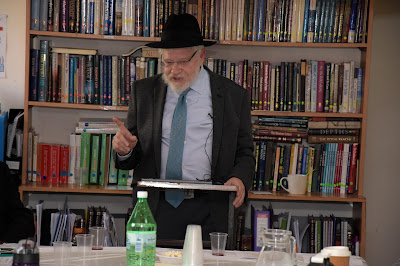 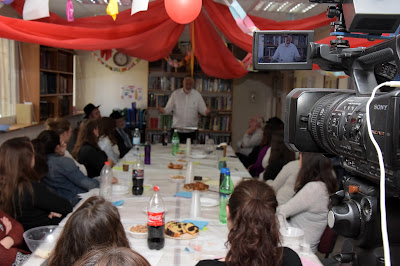 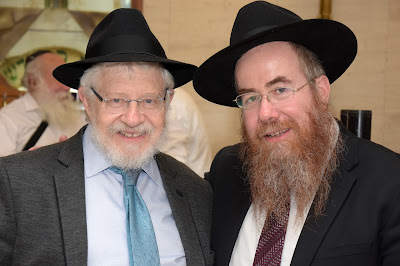 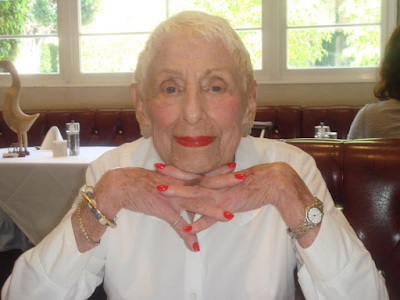