A Newfound Love of Israel There is something special about Birthright Israel: Mayanot trips to Israel

After many months of anticipation, we were finally on our way on our trip to Israel through Birthright Israel: Mayanot. When word spread that our flight to Israel was delayed about 10 hours, a wave of frustration spread through our group. Israel was having its worst snowstorm in decades-at the very same time as our scheduled flight. There was talk that we'd be stuck at Kennedy airport in New York for those long hours, and that our new flight would be so early we wouldn't even have time to sleep. While the latter was true, Rabbi Chaim Lipskier stood in line for us at a service desk and after a couple of hours managed to get our whole group accommodations for the night, as well as vouchers for the hotel and airport. Seeing our rabbi's sincerity and concern was early proof that I chose well by going on Birthright Israel: Mayanot with Chabad at UCF.

That night was a better mixer than anything that could have been planned. While some chose to save their vouchers, most of us spent quality time with each other and mingled away. Afterward, our group naturally split into those that wanted to rest and those that were going to save the slumber for our early morning flight. I spent that night with a few people who were initially strangers and later became my best friends on the trip.

Israel was absolutely breathtaking. Florida's flat terrain has allowed us to build all over it, and civilization dominates the land. In Israel it is nothing like this. The people and the land are married, and their civilization is integrated. 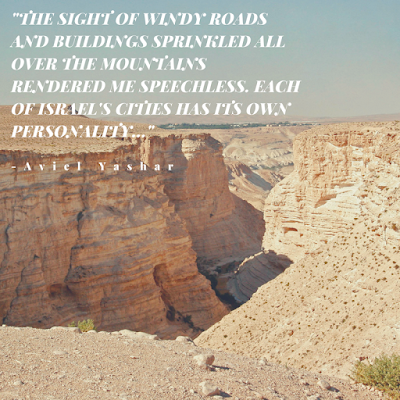 As you travel, you find yourself looking up and down to see other cities. The sight of windy roads and buildings sprinkled all over the mountains rendered me speechless. Each of Israel's cities has its own personality; Tel-Aviv offers beautiful architecture, a heavenly beach and modern culture, while Jerusalem carries a holiness as ancient as its stone foundation.

On our Birthright Israel trip, eight Israeli soldiers stayed with us. Although they've lived in Israel their whole lives, they realized they'd never seen the country in the way that they saw it with our group. Our tour guide, Daniel, an American who made aliyah, exposed the richness of the land to us at every stop so we could see it with more than just our eyes. Daniel passed his passion on to us and we developed an appreciation for the land as well as for each other. Our group embodied the meaning of misphakha (family). We connected like we'd known each other for months although we'd only just met. 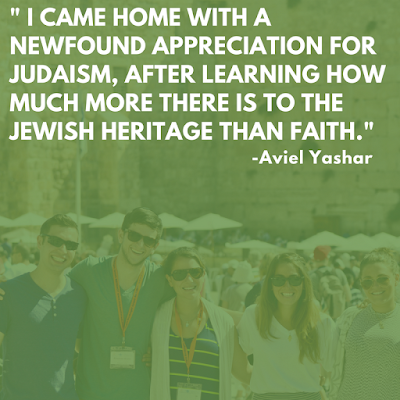 My favorite moments in Israel were the intimate farbrengens and group discussions with the Chabad rabbis. Speaking with other Birthright Israel groups made it clear that there was something special about Mayanot trips. I came home with a newfound appreciation for Judaism, after learning how much more there is to the Jewish heritage than faith. It's a culture, a history, and a privilege to be a part of. I have immeasurable gratitude to the donors of Birthright Israel: Mayanot, our loving staff member Tal, and especially our UCF Chabad Rabbi. The experience would not have been the same without them.