The Birth of Mayanot 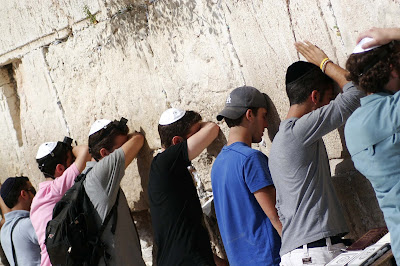 In the mid 1990’s, in Jerusalem, Rabbi Shlomo Gestetner and Rabbi Kasriel Shemtov  were shluchim – emissaries of the Lubavitcher Rebbe ob’m, sent to determine what could be done to impact today’s generation of students. Both seasoned educators, they were not satisfied with the state of Jewish education for college students visiting Israel. Though there was an abundance of programs, they did not fully encompass the vision of a holistic Jewish education that would speak to the next generation of youth.

Rabbi Shemtov remarked, "There didn't yet exist a place that was inclusive of people on their journeys toward Judaism, a center for Torah learning that offered an opportunity to inspire one's surroundings and not retreat from the world." 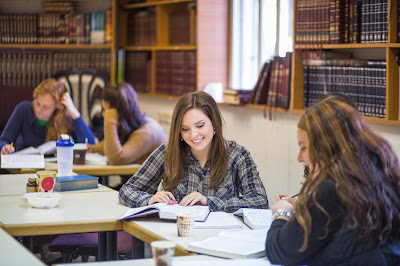 “We wanted to offer students a place where they could grow on a personal level”, Rabbi Gestetner stated. “Very often yeshivot either had an emphasis on the intellectual, and sometimes the spirituality was lost, and sometimes it was the opposite. Finding the balance and the synthesis is difficult. We felt there was a void in places which did combine these elements of serious learning and spirituality and we wanted to merge these two worlds.” 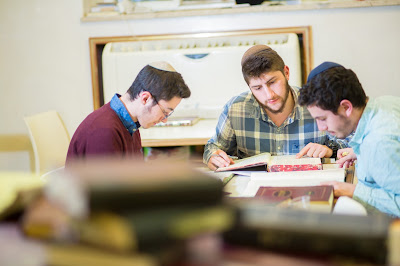 Inspired by chasidut, their belief was and still is, that Judaism is a living entity that should not exist only within the confines of the classroom but should resonate beyond; their studies, discussions and questions should inform their daily lives. The name ‘Mayanot’ was chosen, based on the verse, “Let thy wellsprings be dispersed abroad.” (Proverbs 5:16), and captures the essence of this vision –that the students gaining a deep and enduring knowledge of our heritage, and becoming leaders in their home communities, utilizing what they had learned at Mayanot. Ultimately, they would enrich their Jewish communities and beyond. 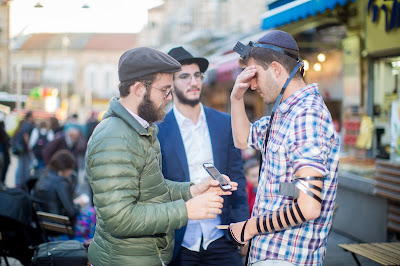 The realizing of this vision was finally put into action in 1996, when the Mayanot Institute of Jewish Studies was established in Nachlaot, Jerusalem.

Rabbi Gestetner, Dean of Mayanot, and Rabbi Shemtov, the Executive Director, approached a well-known philanthropist, Joseph Gutnick of Melbourne Australia to be a partner in this venture. His financial support, in those first years, were critical to the success of Mayanot.

Mayanot’s first year began with seven students. Through word of mouth, Mayanot’s reputation grew, and so did its student body, increasing by 50% each year. 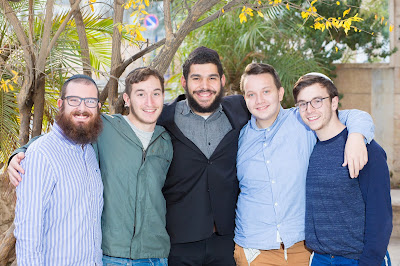 As the demand to study at Mayanot grew, so too did the number of programs, to cater to the vast and various needs of the students. Rabbi Yisroel Noach Wichnin became the Rosh Yeshiva of the Mayanot Yeshiva program. Under his guidance, the curriculum developed to the extent that a student could come to Mayanot just knowing the Hebrew Aleph Bet, and graduate with new vistas of knowledge and tools for self-study.

At this point Rabbi Chaim Moss joined as head of the ‘Judaic Studies Program’. This program was designed for students who wanted to gain an introduction to the classical texts of Judaism. The Mayanot Winter and Summer Programs, offered through the JSP program, were designed to allow students to spend 4-5 weeks exploring the issues that have challenged Jewish thinkers for centuries, in an intimate and intellectually open environment. These short term programs were designed to appeal to students from all over the world who want to study at Mayanot during their school breaks.

As these programs developed, the Mayanot Executive Learning Program was added. Designed for professionals and business executives, the course enables busy professionals to advance their Jewish knowledge and recharge their spiritual batteries.

As the Mayanot family began to grow exponentially, it became clear that the community they had founded needed a space outside of the Institute’s walls to gather and to unite with the wider community. In order for the conversation to continue, it had to include more voices. 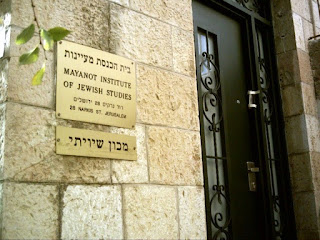 In coordination with the Mayanot board, and guided by the Chairman of the Board, Mr. Jeffery Cohen, the Mayanot Community Synagogue in Nachlaot was established. Mr. Cohen has been a guiding light in all Mayanot activities and developments. He offers a hands-on approach. With his help, the Synagogue offers people in the area an opportunity to participate in lively, meaningful services and to take part in the many events and lectures hosted there by the Mayanot Institute of Jewish Studies.

Led by Rabbi Avremel Silver, the Mayanot Alumni Shul in New York, opened in 2008 and serves as both a place of prayer and a meeting space for former Mayanot students. This Shul is a space where alumni can stay connected to each other and reinforce the values instilled in them at the Mayanot Institute of Jewish Studies in Jerusalem. 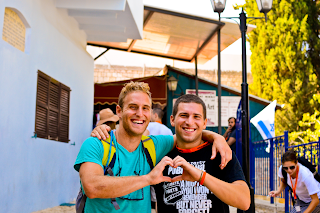 In 2001, still more voices would be added to the conversation.   The diversification and development of the Mayanot vision found expression in a partnership with Birthright Israel. When Birthright Israel was launched in 2001, Mr. Yisroel Schulman, Esq. a longtime friend and supporter of Mayanot, brought this initiative to the Board. Since that time with Mr. Danny Sack, director of Mayanot's Birthright Israel division, today Mayanot is proud to be one of the largest trip providers for young Jews across the United States. Mayanot brings local campus Rabbis to Israel to accompany the participants on their trips, and to make sure that they have a means to stay connected to Israel and their Jewish heritage back home, becoming active community members and advocates for Israel on their campuses. In this way Mayanot ensures that the Birthright Israel journey continues, establishing an effective Post Birthright Program. 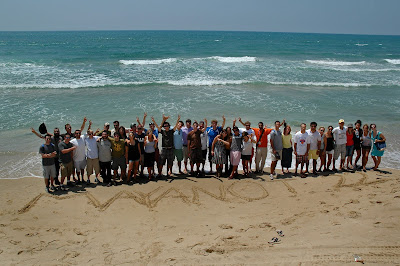 In 2002, a larger building became necessary to accommodate the abundance of students who were coming to study at Mayanot. 28 David Yellin Street in the Mekor Baruch neighborhood of Jerusalem became Mayanot’s new home. It was purchased to provide a campus that included space for classrooms and dormitories where the students could learn and live, allowing for an integrated Mayanot experience. The David Yellin campus was expanded further in 2003 and 2011 as a response to the ever- increasing student population. 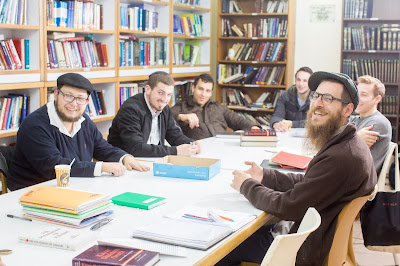 Gradually, Mayanot began to offer a wider variety of programs, such as the Mayanot Spanish Program and an Israel Advocacy Program in conjunction with the David Project. The David Project trains Mayanot students to become ambassadors for Israel when they returned to their colleges, and inspires them with a sense of the importance for Israel advocacy.

In 2008, the conversation added still more voices.  With the encouragement and support of Rabbi Moshe Kotlarsky, and Mr. Jeffrey and Mrs. Karen Cohen, the Mayanot Women’s Program was established in Katamon. This dream was made into a reality by Mr. George and Mrs. Pamela Rohr, the first investor in this new venture. Mr. Rohr was not content with just funding the program but constantly contributed and followed its success and growth. 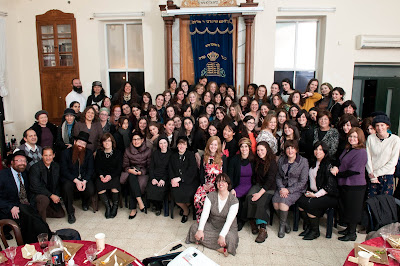 The Post High School Program was launched in 2015, headed by Rabbi Mordechai Guth introducing a new track for 18 -19 year old's who want to experience authentic Torah learning with a Chassidic spirit. 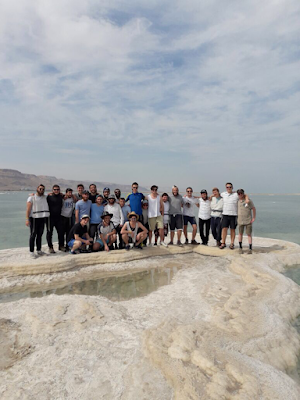 Yet again Mayanot has found it necessary to expand into a larger building, due to the overwhelming popularity of the many programs offered. The new Mayanot World Center will reach an even wider audience of men and women and broaden the impact worldwide from the heart of Israel’s capital.

The magnificent five story building, on 7 Ben Tzvi, was officially purchased in 2016 and will be the new headquarters of the organization, housing several new initiatives including: the Birthright Israel extension program, the lone soldier residential center, the post high school beit midrash program, internship and volunteer programs and so much more. 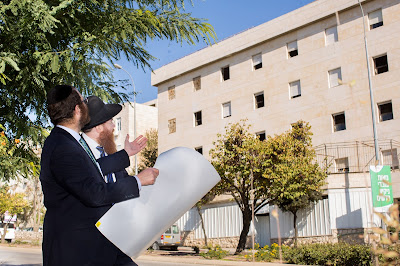 With the overwhelming support from the broader Jewish community, we are able to infuse the lives of students with a passion for Israel and the Jewish people. We look forward to sharing many more milestones together with you!