Mayanot Community Comes Together In A Big Way!

Mayanot educational center in Israel is raising $2,500,000 to build a new, state of the art center to help them continue to connect young Jewish people to their heritage and future.
Mayanot opened its doors in 1996, in their warm yet modest home.

Their goal then and now, is to connect young Jewish people from around the world to their past, present and future, truly acting as crossroads of Jewish life for many throughout the years. From the birth of the Women’s Program in 1998, and the launch of Mayanot’s Birthright Israel program in 1999 to the start of the Post High School Gap Year program just last year, Mayanot has always been building the Jewish community.

Today, Mayanot is moving to the next phase, building the Mayanot World Center. 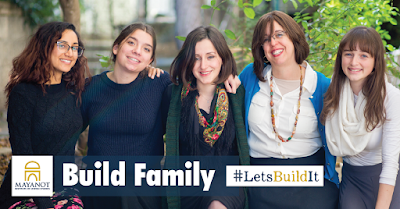 The Future World Center, located just beyond Jerusalem’s city entrance, boasts five floors and will more than double the size of Mayanot’s current facilities. With it’s rooftop, panoramic views of the city, the new center will become the main hub for many of the organization's existing programs and will be the catalyst for the creation of several more. 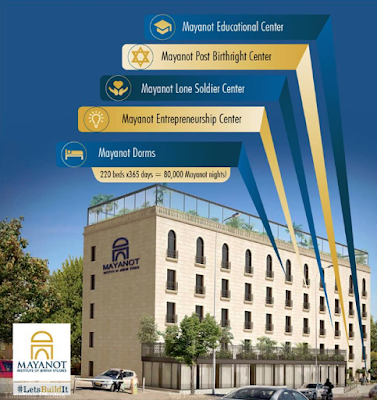 Rabbi Shlomo Gestetner, co-founder and director of Mayanot, described it as a “Center for Chabad Outreach in the heart of Jerusalem.” The centrally located property will house a study hall, lecture halls, classrooms, internship opportunities and roughly 220 beds, offering more than “80,000 nights of Mayanot!”

The center will include accommodations for Shluchim, particularly those on Campuses worldwide. With the opening of the World Center, Mayanot will have the ability to host Shluchim and their communities for Shabbatons, volunteer programs, internships and much more.

“Our location in Jerusalem gives a unique opportunity to bring the dream to reality,” said Rabbi Kasriel Shemtov, co-director of Mayanot. “As a top destination for young Jewish travellers, Jerusalem is the place where the Jewish soul becomes hungry. Mayanot will be there to feed that hunger.”

In addition to the Mayanot Institute’s educational programming, the new Word Center will usher a new era in Mayanot’s offerings for today’s Jewish youth. Among the new projects, Mayanot will house a state of the art Lone Soldier Center, complete with a lounge, laundry facilities, break room and more. “Nothing is more important than giving back to those who already give so much to us” Rabbi Gestetner said.

“We are coming back to you, you who have gotten us this far, to help us move this project to the next level,” Rabbi Shemtov concluded. “Together we can do this, Let’s build it!”

On Wednesday Dec 21st, Mayanot took their cause to the masses with the 2.5 million dollar #LetsBuidlIt Campaign. The masses responded with a resounding YES!

With 1443 individual donors contributing, Mayanot was able to raise $2,870,979 in 28 hours. These contributions not only helped Mayanot beat their previous goal, but stands as a beautiful reminder, of how important the mission of strengthening the Jewish people through inspirational Jewish education is to so many people. The donations from the campaign will go directly toward funding the construction of the Mayanot World Center. 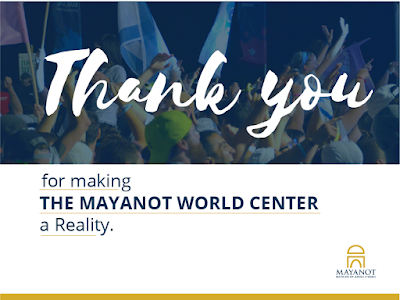 Mayanot thanks the several generous matchers & Mayanot family members, that made this campaign possible and with whose help, every dollar donated to the campaign was quadrupled. 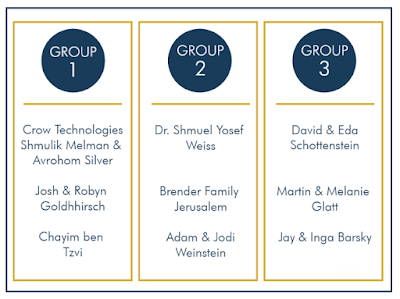 Click here for everything you need to know about the Mayanot World Center.

Have questions or want to get more involved?
Email: [email protected] 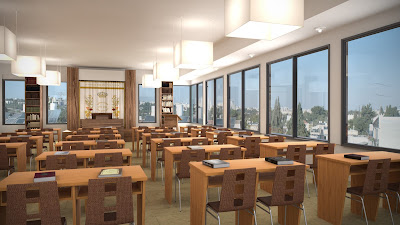 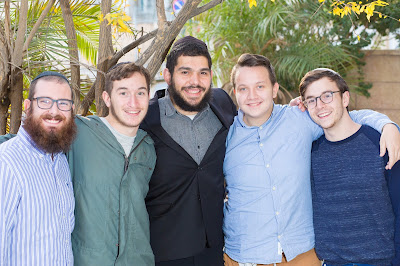 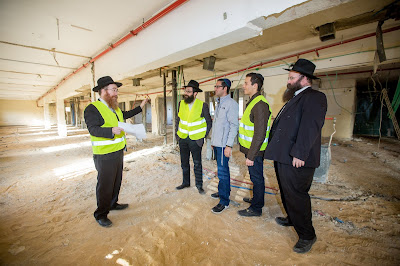 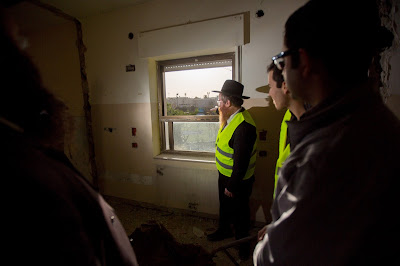