Walking in Their Footsteps 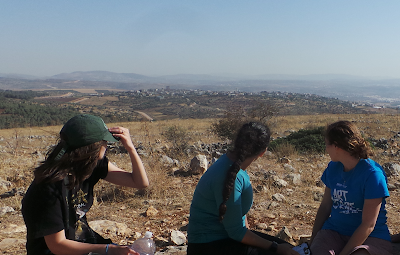 For the past month or so I’ve been studying at the Mayanot Women's Learning Program. Prior to coming, I had never been to Israel so my introduction to the country was a Taglit Birthright Israel trip that I had extended into a three-month long adventure. Right before I came to Israel and Mayanot, I graduated from American University with a degree in International Relations. In college, I became very involved in my Chabad on campus and eventually decided I wanted to learn more in Israel.
For the next month, I will be taking over the Mayanot blog, writing about my experiences as well as the experiences of my fellow students. I hope you enjoy!

Growing up I went to Hebrew School twice a week to learn the stories of the Tanach [Hebrew Bible]. As a kid, it was so exciting to learn about heroes, villains and princesses. At the time, they seemed like fantasy stories set in made up places. Queen Esther seemed just as real as a Disney Princess and Moshe Rabenu may as well have been a superhero in a movie. I had never been to Israel and could never really grasp the land or the history in a realistic way, and definitely couldn’t grasp the spirituality of the land. Re-learning these stories in Jerusalem presents an entirely new perspective. Instead of seeing these characters and words just as characters and words, I am able to see them come to life. In Israel, the Torah isn’t just words on a page, it is daily life.

It doesn’t even take much effort to see the Torah in action here. Every day walking around Jerusalem, I see living breathing versions of the Torah. Whether it be in a person stopping on his commute to give tzedakah [charity] or someone davening [praying] in front of the Kotel [the Western Wall] where the Beit Hamikdash [The Temple] once stood, people here make the Torah their daily life. It is easy to brush off these occurrences as people going about through their routines and not notice them. But, if you look just a bit closer, you see people dedicated to working each and every day to bring Torah to life.

Even the most basic summertime activities in Israel like hiking and swimming, still are immersed in Tanach. A few weeks ago the Mayanot Women’s Learning Program went on a day trip to the Jezreel Valley in northern Israel ,with a tour guide who specializes in Tanach-inspired trips around Israel. But, unlike my field trips growing up, it wasn’t just to see what is there but also to see what was once there. A random hill was once the sight of the palace of King Jehu and Queen Jezebel and a highway through a desert was the path Yehoshua took to conquer Israel. It is unbelievable to know that every inch of this country is steeped not only in history but also in the Tanach.

The day started with a hike in the 100-degree-farenheight heat that ended at a nice shady spring. Sure it was pretty but I imagined that the most exciting thing about the spring was that it was cold water and under some beautiful eucalyptus trees. Honestly, with the heat, that would have been exciting enough. Then we learned that it was where King Saul took his troops to drink water to test them. I was cooling off in the same place as one of the most famous kings in Jewish History. This little spring, like most of Israel held incredible secrets.

It can be easy to question if this is really what they say it was. How do they know that this is the same spring described in a passage written over 2000 years ago? Isn’t it easy to pick a random spring and say this is where an important event took place? What makes this spring different from any of the other springs in the area? But, then we read the passage from Tanach describing the exact place I was standing. Suddenly, the stories I learned as a child became a bit more real, I could see them with my own eyes.

The trip culminated at a lookout spot on a mountain. Unless you know what you’re looking at it seems just like any other mountain. Except this wasn’t Mount Washington or the Alps and it wasn’t just a place to snap some pics and leave. This was the Gilboa Mountain. In case you don’t know the story, this is where King Saul led a charge against the Philistines and lost. When he saw that there was no hope he fell on his sword. And when his son in law, King David, heard about the tragedy, he cursed the mountain saying: “Ye mountains of Gilboa, let there be no dew nor rain upon you, neither fields of choice fruits; for there the shield of the mighty was vilely cast away, the shield of Saul, not anointed with oil".

As of two weeks ago, there were still no trees on the mountain, and none of the plants there were fruitful. The valley below was filled with trees and fields that grew all types of fruit but the mountain was barren. Suddenly, I was seeing the words of the Tanach in front of me. The descriptions of almost everything we saw was in the Tanach, whenever we would look at a new landscape, our tour guide would read the excerpt where it is mentioned in the Tanach and see that there was so much more than what we thought we were looking at.
Seeing the Tanach come to life in such a real way takes your breathe away. You hear about different archaeologists finding scrolls and artifacts that prove the stories of the Tanach, but nothing can prepare you for seeing them with your own eyes. I can’t even express what it feels like to walk where my ancestors once walked, thousands of years ago. It is unbelievable; yet the proof is there. Almost everything the Tanach says can be seen today and that is simply awe-inspiring.
You can study Tanach all your life but never really see it come to life. Israel isn’t just another place. It truly is a holy land. It is a place where daily life and Torah are one in the same and that is indescribable. Both the people and the places bring the Torah to life each and every day in the same places it was first followed and that isn’t something you can get anywhere else in the world. It is inspiring to know that I can see what I’ve learned all my life and to know that I am a part of something much larger than myself. 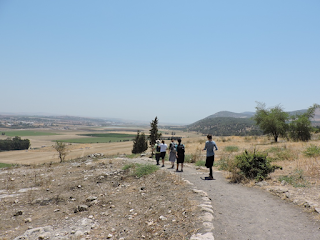 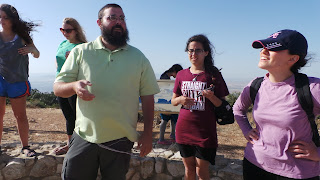 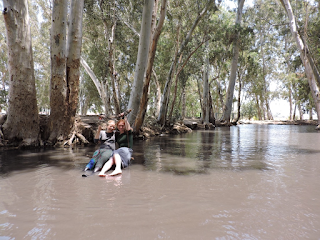 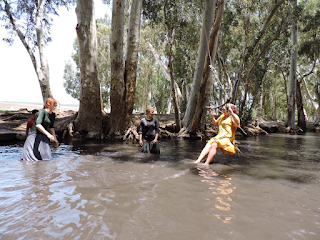