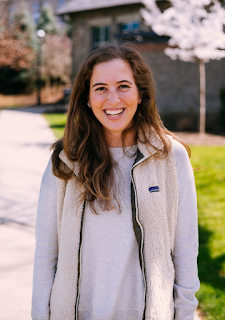 Meet Liz!
Liz Cornell is a fellow Mayanot student and intern coming from New York City. After graduating from Lehigh University in Pennsylvania as a computer engineer and clothing designer, Liz went on Birthright at the beginning of the summer and has been in Israel since then. At the end of the summer, Liz will return home to start working at the Free People Headquarters as a women's fashion designer.

Growing up, she was raised Reform, going to Hebrew School since 3rd grade and having a Bat Mitzvah at the age of 12. After that it was her choice whether or not to continue her Jewish studies. As she did continue to learn, she realized that there was so much more she wanted to know about Judaism that she hadn't yet learnt.

When she got to college, she lost touch a bit with her Judaism. However, in her last year and a half of college she got involved with Chabad on her campus and once again remembered what it was she loved about being involved in a Jewish community, and decided she wanted to come to Israel and learn more about Judaism, and develop an even greater connection to the land and the Jewish people.

Through her Rebbetzin Dit Greenberg, Liz learned about Taglit Birthright Israel:Mayanot, and decided it would be a great way to come to Israel. However, she knew she wanted to stay longer then just 10 days, but didn’t know anyone else staying. She was told about the Mayanot Internship opportunity and decided it would be a great way for her to experience both working and learning here in Israel. It sounded like the best of both worlds, a way for her to get great experience for her resume and very hands on, in terms of Jewish learning.

Now Liz is here living in Israel for the first time. She finds it “really cool” that she can call Jerusalem home and that it is so easy to get to the Kotel and the Shuk. Living in Israel, it amazes Liz how easy it is to be Jewish. Back in the states, she had experienced anti-Semitism and usually doesn’t go out of her way to stress that she is Jewish. Being here, everyone around is welcoming of the fact that she is Jewish. Liz is also constantly struck, by how beautiful the country is. The thing that is amazing about doing a longer program, is that it lets her see more and get to know people more. She loves living in Israel, rather than living on a coach bus!

Before coming, Liz only knew that it would be a month of learning and a month of internship. She didn’t really know what to expect from either, but decided to keep an open mind and see where this program would take her. She knew she wanted to learn about the Israeli/Jewish culture and how the two are intertwined. About a month in, the learning is by far Liz’s favorite part of the program. She wishes she could stay and learn longer. She has loved every minute of the classes and is pleasantly surprised that she will “quote a lot of the stuff [she’s] learning throughout the day” and ties it into her daily life.

As for a favorite class? Liz loves the nigun (melody) class, every other Wednesday. For her, growing up, “a lot of prayer and connection to religion was through music” so niggun class is a way to get back to that type of meditation and prayer. Of all of the nigunim we sing here, her favorite is “Nigun Ha’Baal Shem Tov” a song that is normally sung after Havdalah. But she also loves Halacha (Jewish Law) with Rabbi Elchanan Cohen, a Yeshiva 1 class that provides a fascinating textual insight into different aspects of Jewish daily life.

As for the daily life here in Israel, Liz goes to all of the classes. She will wake up for Chassidut (Jewish mysticism) in the morning and then either go to the rest of the classes at Mayanot or she will go to her internship. She will come back for afternoon class and then use her break to sight-see and cross things off her Israel to-do list. In the evenings she returns for night classes, which are optional but Liz loves them just as much, and then Liz is free for the rest of the night. Sometimes at night there are formal events like Fabrengens, (an informal gathering with inspiration and learning), or there is capture the flag, or other times it is just hanging out together as a group and reflecting.

Liz loves the fact that people on the program tend to all be open minded and that it gives her a deeper understanding of the country. She now feels like her perspective on Judaism has changed a lot. Learning more has made her want to incorporate more into her life. She knows she can’t immediately change and that growth takes time but she now knows what's important to her.

Through her time here, she is seeing the value of Shabbat and making certain blessings, being more appreciative of what she has, rather than take anything for granted and realizing gratitude is a big part of happiness and recognizing the spirituality in the everyday can really help a person grow.  Liz also knows that this is just the beginning of her journey of self exploration.

One important lesson she’s learned, is to have Jewish pride and to return home with confidence and happiness in being Jewish! 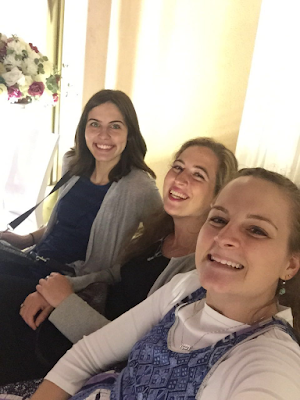 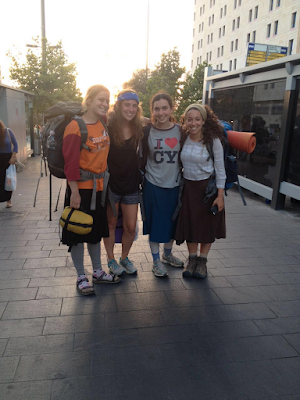