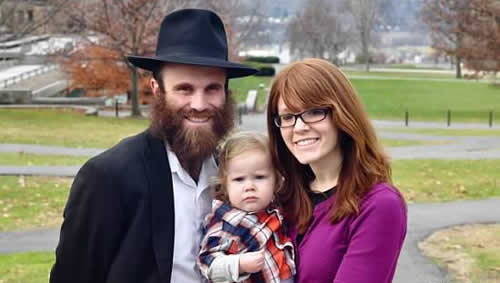 (Rabbi Dovid and Miri Birl, both Mayanot Alumni, work as Chabad emissaries at the Roitman Chabad Center at Cornell University in Ithaca, N.Y.)

This year more than 90 couples, set out to build Jewish Communities in the U.S. or abroad: Mayanot Alumni, are among those making a real impact!

Spreading the Light of Judaism

In U.S. states like Mississippi, Montana, Pennsylvania and New Jersey to international destinations such as Aruba, Costa Rica, Vietnam and beyond—and of course, to Israel—these couples hope their actions will fulfill the dreams of the Rebbe to spread the light of Judaism to Jews around the world, no matter how far removed they are from a Jewish population center.
While “going out on shlichus” might sound like a short-term stint of volunteerism, what it really means is that these young representatives are committing to leave behind families, friends and established Jewish communities to move—and stay permanently—in a new city, state or country for the long-term.
“The growth that has emerged since 1994 is quite astounding—very prolific and very successful,” says Rabbi Yehuda Krinsky, chairman of Merkos L’Inyonei Chinuch, the educational arm of the Chabad-Lubavitch movement. “One of the beautiful aspects is that it continues to grow 20 years later.”
He adds that an average of one to two couples goes out on shlichus a week—“the growth is exponential. Chabad is the largest Jewish organization in the world. You will find shluchim everywhere you go, in every nook and cranny.”
Krinsky notes, however, that “this doesn’t mean all the new couples went to new cities and countries; they may have their own jobs working as additional staff in an existing Chabad House. But each is vital in his or her own way.”

For those who become Chabad Chassidim later in life, particularly as young adults, the push to become shluchim comes from a desire to pass along the gift they say they have received to others in similar situations.
Miri Birk and her husband, Rabbi Dovid Birk, discovered Chabad when they were in college: she at the University of Virginia in Charlottesville, Va., and he while in college in Australia.
“I think we both felt that, obviously, we had been tremendously impacted by our Chabad Houses and so grateful for those experience, and we wanted to give that back to others in the way we had gained,” says Miri Birk. “We both had that sort of desire and, hopefully, ability to reach out and connect to people. That’s something we enjoy doing.”
Today, the Birks and their young children serve as emissaries at the Roitman Chabad Center at Cornell in Ithaca, N.Y., under the direction of Rabbi Eli and Chana Silberstein.
“I think the Rebbe gave me a tremendous bracha [blessing],” says Miri Birk. “The Rebbe charged his Chassidim to leave the comfort of their community and make their Judaism not just about them.” 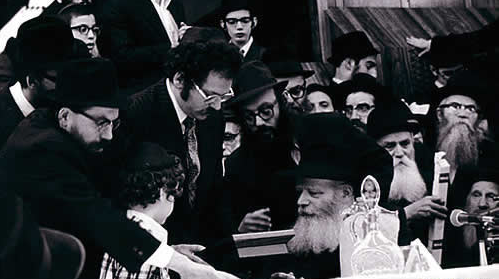