Saying Goodbye to my Inspiration 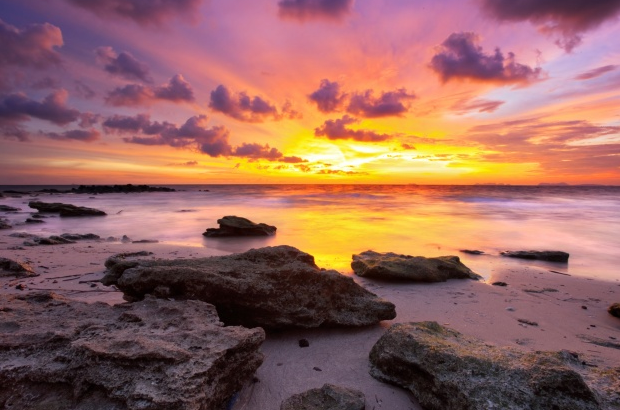 Sharing a post from our dear Alumni, Ettel Irwin's blog 'The Trip Continued'!

I've only had my heart broken once.

It happened on an adventure. My companion grabbed my hand like a trusty friend and told me to close my eyes. He led me to a sunny field where the air smelled fresh and the birches donned a silvery glow. We stood there squinting at the sky as our faces flushed with warmth, then he clutched my shoulder and drilled his gaze into my soul. "Stay here forever," he urged. He whispered promises of progress and transformation if I would make this place my home. Then he released his grip and fled.

His name is Inspiration.

We've all known him. He's the one whose first appearance happens when we are most in need. His arrival is spontaneous. He's the sudden surge of momentum that enlivens our cumbersome journeys, he's the headlight that clarifies clouded paths. He makes us fearless. We travel to far-off places without a blink, we shed the safety of our snugly worn identities and start anew.

But inspiration takes off just as quickly as he comes.

No parting words, no drawn our goodbyes. Just a deafening silence and the stark awareness of betrayal. I remember the day he left. Externally my life remained unchanged, but my faith deflated and my movements forgot their meanings.

And then it was just me. Just me and God, residing in that faraway meadow, its once hopeful song of promise flattened by the dense, formidable night.

I sat there in the darkness, retracing memories of Inspiration in my mind's eye. I recalled his flickering smile and his soft, encouraging words, I replayed his poignant pronouncements of all that was Good and True. Those words made me do what was right. Infatuated with his eloquent tale of an embracing and visible God, my own will fell listless in the wake of a newly-infused thrust to serve only Him. With each righteous act, Inspiration would nod approvingly and my heart would swell with a deep satisfaction.

I had regarded myself as an earnest servant of God, but a glimpse into the sinews of my memory revealed that God only loomed in the backdrop of each recollection, overtaken by the dramatic love story that blazed between Inspiration and me. The light of our love was so bright and the sounds so melodious that I couldn't help but do all that Inspiration said was right - but I grew to love the light more than its source and the entity I bowed to was named Self-Satisfaction.

Now, for the first time since Inspiration fled, the lightless sky seemed a more fitting conduit for the Truth than the light I once cherished. I relaized that my fling with Inspiration was just a story God spun to lift me out from my constrictions and lead me toward Him. God knew that without Inspiration - without my freewill folding beneath the weight of my certainty - I never would have approached Him.

God's hushed orchestration culminated in  moment of growth charading as tragedy. With Inspiration's release from his mission, God invited me to share in a more inward relationship with him, one that proved impossible against the blinding light of Inspiration: A bond founded on the choice to commit.

I still reside in that field. Sometimes I think I spot my long -ago friend darting through the underbrush, but his outline is blurry and his face is always turned away. Those moments make me pine for my inspiration, longing to see the world through his eyes once more.

I know he'll return. I know God wants him to return, to sweep me up in a tangle of new questions and insights and longings, to rescue me from this shadowy place and catapult me to the next phase of my journey.

But in the meantime, I know I have the opportunity for something even more valuable. I can connect to God himself, in darkness and in light, in doubt and in certainty. It's finally just the two of us.