By Mayanot - March 29, 2011
I’ve almost begun to dread the question,“So what brought you to Yiddishkeit?” In truth, many things, but in two words; martial arts. The next question is, “Huh?”, which is often accompanied by a puzzled look. So what is the connection?

On a superficial level, Judaism and Martial Arts have quite a bit of overlap. Traditional martial artists practice pre-arranged sets of movements, often referred to as taolu in Chinese. The emphasis of these forms is not the external technique, but rather to transcend the technique and train a principle. There is a saying, “Kung Fu is 10% body, and 90% mind,” meaning that the key is not solely in the motions, but in the principles behind the motions. The technique of traditional martial arts is merely a vessel of expression for the intent behind each motion. 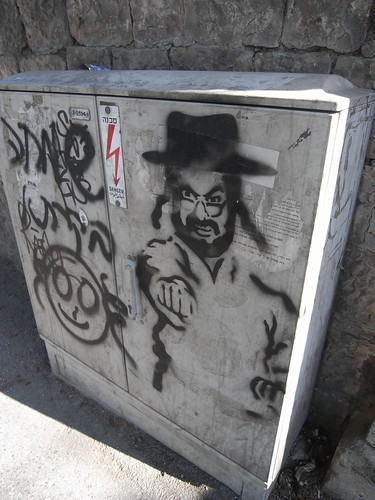 The entire Jewish year is like one giant seder, one giant martial arts taolu, performed on repeat. To get caught up in the externalities of the holidays , is to become spiritually stagnant. Likewise, if one focuses solely on the externality of the martial arts form, one becomes stagnant, and hits a plateau in training.

Now let’s examine the words, “martial” and “art.” Put the two together, and you get “ Skill in conducting fighting,” or “a studied action, pertaining to fighting.” How do we study actions, pertaining to war?

The answer is simple, yet difficult: hard work. In Chinese, the word gong fu translates as “time”, and “skill”. One can have gong fu in cooking, painting, or medicine, etc. Gong fu doesn’t always imply “external “work. In fact, most of the training done in martial arts is internal. I once read a quote “This sword is not for my enemy, I carry it to cut down myself.” Confrontation begins in the mind. Most physical and verbal confrontations begin when two egos are competing to take up the same space. By fighting against your own ego, and cutting it down, you are making more room for love, and for Hashem. Martial arts focuses on more than fighting, it encourages and gives you tools with which you can use to refine yourself.

Avodah, in many ways, is the Jewish parallel of the concept of Gong Fu. We endlessly struggle to refine ourselves, and become “vessels” for Hashem’s will. The very word “vessel” conjures up an image of something meant to contain another substance. This is the same concept of cutting down one’s ego, making room for Hashem, and other people in your life.